History of the N.C. Forest Service

1891
The North Carolina Geographic Survey is authorized by the state legislature. Joseph Austin Holmes, professor of Botany and Geology at N.C. State College is appointed State Geologist. This marked the first geological survey in the nation authorized by public funds.

W.W. Ashe, a student at the University of North Carolina is appointed part time Assistant in Forestry for the state Geologic Survey. Conducting timber investigations, he becomes the first state employee to carry out forestry work.

1908
The NC Geological and Economic Survey is split into three divisions. W.W. Ashe is employed as "Forestry Expert" in the new Forestry Division.

1915
An act of the NC General Assembly provides the first forest fire wardens and gives them law enforcement powers. The act also authorizes the state to acquire and administer state forests and parks. 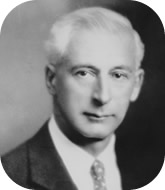 John Simcox Holmes given the titles of State Forester and State Forest Warden. However, no state funds are appropriated for the positions.

Mount Mitchell State Park is formed and entrusted to the state Geological and Economic Survey.

1918
The first state Extension Forester, Harvey B. Krausz, is appointed. The position is under the joint jurisdiction of the US Forest Service, States Relation Service, and the NC Geological and Economic Survey. All farm woodland is placed under the Extension Forester's authority, except for fire control activities.

The first county wildfire control cooperators, Avery, Buncombe, Jackson and New Hanover, appropriate a total of $1500 for use on a 50-50 matching basis with the state.

1922
Over 20 counties cooperate with the state through matching funds for wildfire suppression. Each has a County Fire Warden. The first districts are formed in Asheville and Lenoir (1 and 2). A third is soon added in Fayetteville.

1925
The NC Geological and Economic Survey is reorganized and the NC Department of Conservation and Development is formed by the NC legislature. The Division of Forestry is placed under the new department.

1926
The state constructs its first fire tower, in Harnett County.

1927
The Game Division is formed as part of the Department of Conservation and Development. Game law enforcement is assigned to the Division of Forestry.

1933-1938
The Civilian Conservation Corps makes important contributions to the state's forestry efforts. 52 fire towers were constructed. Hundreds of miles of woods trails were made. Almost 15 million trees were planted. Over 6,000 acres of timber stand improvement work was carried out.

1937
The first survey of NC Forest Resources is made.

1939
Bladen Lake State Forest, a former land utilization project site, is acquired from the US Resettlement Administration under a long-term lease.

The state Division of Forestry is given responsibility for investigating and controlling forest insects and diseases.

1945
Combination Fire and Game Wardens are given the choice of working for either the Forestry Division or the Game Division. Forestry stops enforcement of game laws.

1948
The state Division of Forestry receives its first forest management funds and takes charge of the Farm Forestry Program from the Extension Service.

1949
The State Parks Division is created, removing authority over the parks from the Division of Forestry.

1953
The state Division of Forestry purchases its first scout plane: a Piper Cub.

The Little River Nursery at Goldsboro is authorized.

1954
The US Resettlement Administration deeds the Bladen State Forest property to the state on condition that it be used for public purposes.

1955
The N.C. Legislature authorizes the state to execute a compact with other southern states for mutual aid in fighting forest fires.

1966
Fred H. Claridge steps down as State Forester. Ralph C. Winkworth is promoted to replace him.

1969
N.C. becomes the first state in nation to get legislative authority & funding to provide custom forestation work for landowners

1970 NCFS becomes the first state agency to send a crew to a western state to fight fire.

The Griffiths State Forest Nursery is re-established as Clayton State Forest, the first of the Small State Forest System. At a dedication, State Forester Ralph Winkworth describes the forest's mission as ".a supplement to the state park system with the primary mission of explaining the forest and forestry."

1992
For the first time, a division Incident Management Team is sent out of state. The team is deployed to Florida to assist with the recovery from Hurricane Andrew.

1997
The division is the first state agency to acquire a CL-215 "Super Scooper" air tanker.

2004
The one millionth acre planted under the Forest Development Program is celebrated.